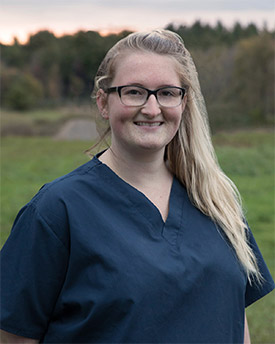 Stephanie graduated from the University of Rhode Island with a Bachelor’s Degree in Animal Science. Prior to starting with us in March 2017, Stephanie had previous experience working at both an animal daycare and another veterinary hospital. She has a dog named Cody and three cats named Toby, Max and Rhody. She also has two rabbits named Baloo and Carl. In her spare time, Stephanie likes to spend time with her fiancé, Jeff, and their son, Hunter.